The North Devon Bird of Prey Centre has been a centre of excellence, thrilling the crowds at The Milky Way since 1993.

We're extremely lucky to have David Rampling as our resident falconer. David has been practicing falconry for over thirty years enabling him to deliver shows that are educational, entertaining and enthralling for all ages. Davids skill, together with the design of the centre and its position 700 feet above sea level, allows the birds to perform to the best of their abilities...soaring above the crowd, flying between them and sometimes dropping out of the sky at speeds well in excess of one hundred miles an hour!

Our 800 seat indoor arena means that even when the weather’s bad, the flying displays can still take place.

You'll see a fascinating selection of birds at the centre including several UK raptors - a barn owl, kestrel, american turkey vulture and a european buzzard. Our foreign birds include Daphne our european eagle owl - the largest owl on the planet- as well as a very rare new zealand falcon. Resident wild birds of prey like peregrine falcons, buzzards and kestrels are also often seen during the shows.

While you're here don't miss out on David's incredible gallery located within the Centre, featuring his own painting of the birds. 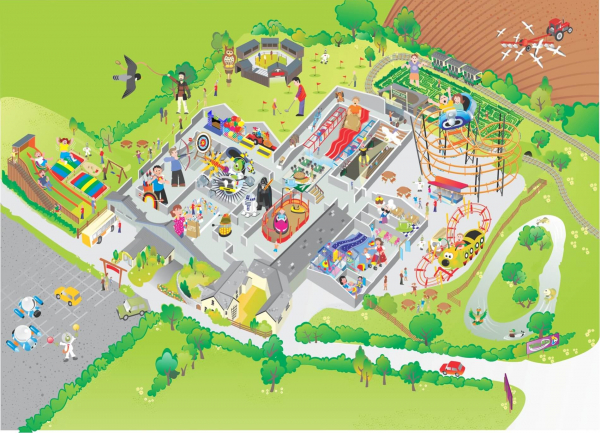